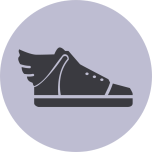 I started running in 2014 when my mother-in-law asked me if I wanted to do the Dirty Girl Mud Race 5k with her in Pittsburgh, Pennsylvania.  At this point I was pretty lazy, overweight, and unmotivated – but, I was determined to be able to finish the race.  So, I downloaded a Couch-to-5k app and was on my way.  I successfully completed the Dirty Girl, but more importantly, I was completely smitten by running and pretty darn proud of myself for setting a goal and accomplishing it.

Since 2014 I have lost weight, got healthier and become a running fanatic.  I’ve accomplished things I would have never imagined being able to do.  I’ve run countless 5ks, several 10ks, and two half marathons.  This year I am focusing on regaining my motivation and broadening my horizons by signing up for another National Park half marathon in Lake Powell and will be completing my first duathlon.

It hasn’t always been easy.  I’ve had my ups and downs.  I’ve been hyper-motivated and completely unmotivated.  I’ve battled injuries.  But, at the end of the day, I call myself a runner and that is a pretty amazing feeling. 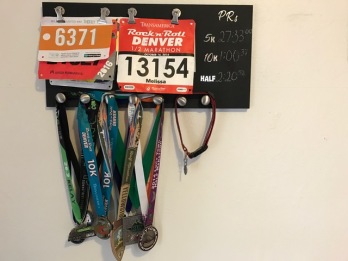