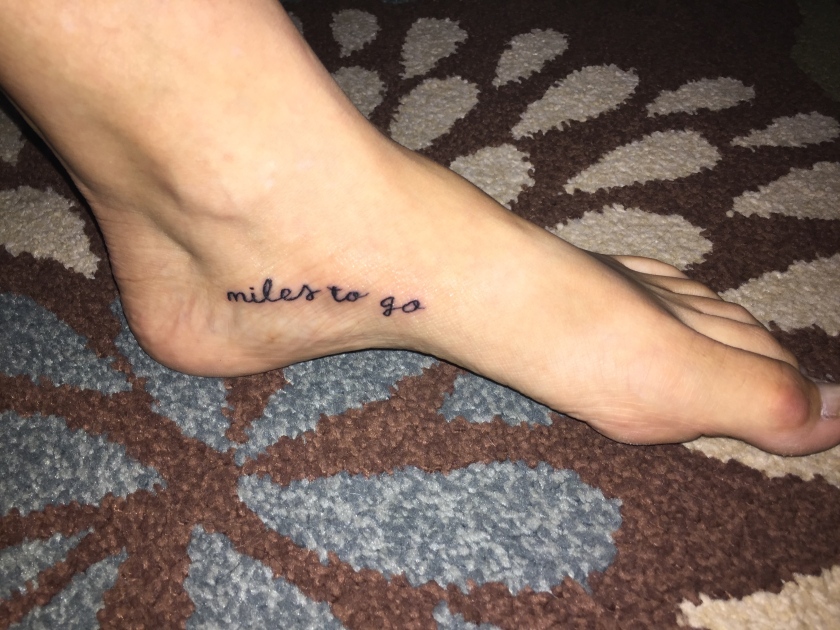 This weekend was supposed to be a great weekend away.  I was excited about the getaway but there was a lot that needed to be done before I headed out of town to meet Brandon in Gunnison.  I had to work in the morning and host a big meeting, pack, get the house ready for the pet sitter, track down our new iPhones that were being shipped separately and by different carriers, and get out of the house so I could make the 3 ½ hour drive in time for dinner.  This was all after a super stressful work week with lots of events whose success laid on my shoulder and a 12 hour day.  There was a lot on my to do list and suddenly I notice a huge lump on our dogs ear.  Paterno had a hematoma on his ear in August that the vet drained and said either it would come back or not – it chose to come back twice as large as the first one.  So, along with everything else that needed done I also needed to run Paterno to the emergency vet to make sure it was okay to leave him with the pet sitter for the weekend.  We get to the emergency vet and were told our wait would be several hours.  I could feel the minutes ticking away and myself getting later and later.  One of the vet techs took mercy on me and told me she would look at Paterno and let me know if he needed to be seen that day or if we could schedule something for later in the week.  She checked him over and told me the hematoma was relatively small (I would hate to see a large one because this one seemed pretty crazy) and scheduled Paterno for an appointment and potential surgery on Tuesday.  I ran Paterno back home, finally tracked down our phones, and headed out the door with exactly 3 ½ hours until our scheduled dinner.  While I finally made it out the door and on my way to our mini-vacation I just felt stressed and anxious.

Fast forward a couple of hours…I made is safely to Gunnison, enjoyed a nice dinner, and headed to an observatory to check out the stars.  As we are getting ready to leave the observatory all sorts of warning lights lit up my dashboard and stated with quite urgency that I needed to have my car serviced.  But, it was almost 10pm in a town that doesn’t have a Chevy dealership that is open on the weekends.  I tried to put the car trouble out of my mind and decided that now is a good time to activate my new iPhone 7.  To match the rest of my day the phone would not transfer my old data and just kept giving me all sorts of error messages.  Finally, I surrendered to the day and tried to sleep but spent the night tossing and turning stressing out about Paterno, the car, and the thought that I’m wasn’t going to be to have any phone access.

When the alarm went off I get out of bed and still feeling overwhelmed and anxious.  I realized I was on a mini-vacation and I am too stressed to enjoy it.  I was being snappy and mean and felt like I was seconds from a full-fledged panic attack.

Now that I have set the stage of my fragile mental state I will fill in the details about my running.  Last Friday I decided, on a whim, I was going to get a tattoo on my foot (the tattoo wasn’t a whim I had been planning that for months, waking up one day and deciding today was the day I was going to get it was the whim).  The tattoo artist said I shouldn’t run for three days but after that it should be okay.  After three days I was still nervous and decided to take a whole week off to let the tattoo heal.  For some reason I irrationally thought that running would cause the tattoo to wear off (I do realize that is not realistic, but that is what my weird mind kept telling me).  So, Saturday morning it had been eight days since my last run with the plan to go for a run Saturday morning in Gunnison while Brandon was at his conference.

So, in the midst of my mental breakdown, I decided there was nothing I could really do about any of my issues at the moment and I would go for a quick run and deal with everything when I got back.  I put on my running clothes, carefully slathered my tattoo with tattoo goo, put on some super soft socks, my shoes and headed out the door.   In Gunnison at 8am in September the temperature is 32 degrees.  I was completely unprepared for this and was just wearing my running shorts and a long sleeve t-shirt.  The upside of this was I was ready to run from the very beginning just to warm up.  Because it had been awhile since my last run I just told myself if I could make it three miles I would call it good.  I set out running around the neighborhoods and downtown of Gunnison and then headed east of town to the Western State University campus.  The longer I ran the better I felt.  The beautiful sunshine, the fresh crisp air, and the new scenery was exactly what I needed.  One mile quickly turned in to two and before I knew it I was rounding out six miles.    As soon as I get in to the groove of running I love being out there but I have to play mind tricks with myself to get started so I can get in that groove.  At an even 10k I ended my run and headed back to our hotel.

The run was exactly what I needed.  When I got back from my run I felt at peace, focused, calm, and ready to tackle my to do list.  I contacted Onstar to figure out what to do with my car and they said that it wasn’t really urgent and I should be able to make it home and I should set-up an appointment for next week (the should was a little concerning but in my new mental state I could deal with it).  While I was away I had connected my new iPhone to my MacBook and when I got back it had worked out its issues and downloaded all my data and music and was ready to be activated.   I was still stressed about work stuff and dog stuff but it all suddenly felt so small and manageable when just an hour before it felt like the end of the world.

This summer has sucked and when I should have been running the most to deal with the stress, I did just the opposite and used my running time in the morning to sleep in and try to escape reality and it just ended up compounding the problems.  This weekend was a huge wake-up call that no matter what I need to make running a priority.   Running is my natural stress, anxiety, and depression buster and I need to never forget that.  I don’t want to end up back on the verge of a panic attack because that is a horrible feeling!  I am excited about the new week, the healed tattoo, and the reminder about how important it is to take the time for yourself.  Find the activity that centers you and don’t make excuses for not taking the time for yourself.  I am so excited that I found this feeling again and I am going to work my butt off not to lose it again.